I love experimental theatre, where creativity earns its wings and lands on the runway of inspiration. Hatching and blossoming for new theatre, this hive of theatre makers needs to be cherished and recognised for their bravery. Sometimes “classical” theatre can drone on, but it’s always great to witness a batch of creatives pouring their hearts and souls into their projects.

Yearning for a creative buzz in the theatre scene, The Quorum’s The Swarm stung for attention within my inbox. Oozing with “Oh honey, I love you”, The Swarm sounds like a feast for those who celebrate curiosity. Immersing yourself in the pools of opera, movement and sound, The Quorum will transform The Vaults into a beautiful urban soundscape.

When the queen bee is deposed by her daughter and forced to leave the hive, she takes half the honey bee colony with her and so they embark on a perilous journey of migration through a busy city. The Swarm follows the bees in the search for a new home as they encounter a deadly extractor fan, a thunder storm and a fierce debate over two potential sites on which to build a hive. With just one last meal of honey for energy, how will they reach a collective decision on where to relocate?

– About The Quorum’s performance “The Swarm”

I wanted to ask the Queen Bee, Heloise Tunstall-Behrens (Artistic Director, Composer and Producer), more about this project….and I found out she was a BEEKEEPER! This was a very exciting development (I don’t get out enough) so I had to ask… 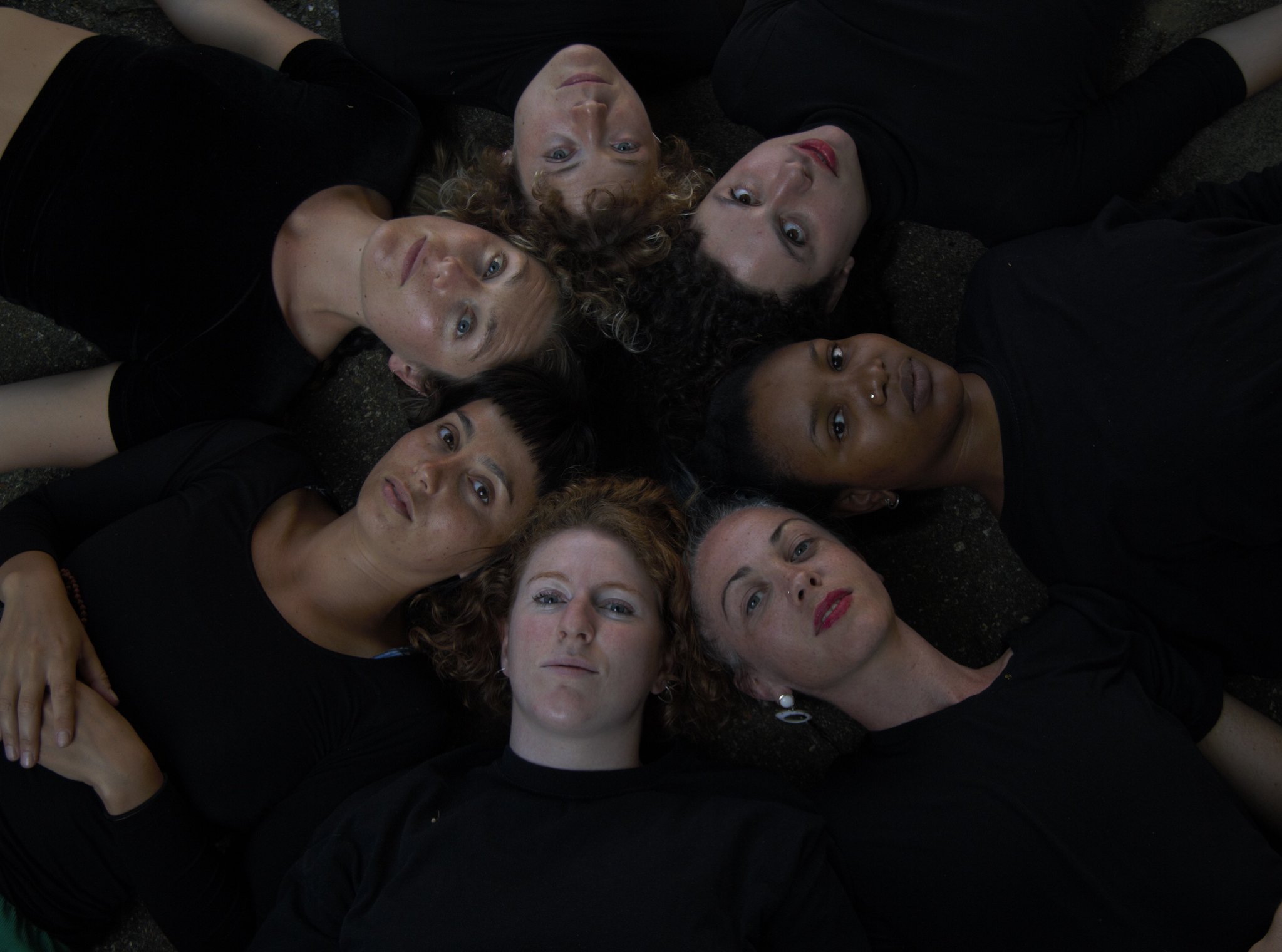 I’ve never met a beekeeper before. What inspired you to start beekeeping?
I’m just retracing my memories of how it all started and may have found an exact moment of inspiration!

Growing up, we lived in the same house that my great-grandfather did, which had a wild and very overgrown garden. I remember finding several tall white wooden structures hidden behind a shed on one session of exploring. I opened the lid of one of them and found lots of wooden frames in lines with wax all over them. I was intrigued!

Apparently he was a member of the Hampstead Beekeeping Society and had won prizes for his honey. They do say that beekeeping runs in the family! But it wasn’t until years later that I went to Italy with a friend to volunteer at an organic apiary as part of WWOOF, helping to look after 150 hives. We helped out on many beekeeping tasks, such as checking on each hive, treating for varroa, caging the queens (picking her up between our fingers!), moving the hives around the countryside in the dead of night and extracting honey.

We got the bug and as soon as we got back to London started investigating how we could look after a colony of our own.

Any interesting or funny beekeeping facts or stories to tell us?
The wife of the beekeeper we stayed with in Italy was learning how to taste honey. Apparently if you are an expert, you can taste a spoon of honey and identify the exact flowers that were visited by the bees. To be called a ‘heather’ honey or a ‘lime blossom’ honey, the bees have to have visited only these flowers, and a honey taster would know!

Interesting studies have been made to try to understand where the bees have been foraging in cities and they have been able to track their journeys by the levels of nectar from unusual plants in gardens!

Listening to The Cloud and Be The Bee, I’m curious, intrigued and besotted by your previous playful experiments with sound. What was your creative process of transforming your idea into a final performance?
I find the bees an incredible source of inspiration for composition and vocal arrangements – not only is sound and vibration central to their communication, but the way they organise themselves socially gives rise to several different shapes and forms. I first decided to make music about them after sticking a recording device into a hive and listening to the frequencies that the bees emitted. The pitch of the bees changed depending on the time of day and amount of sunshine and I also happened to pick up sounds from the virgin queens as they were hatching – a sound I’d never heard before! To begin with, I listen a lot to these recordings, trying to decipher their language.

For each section of the story of the swarm, I researched the shapes and organisation of the bees – how far apart they were, how they were moving, their motivations at that point, their level of stress, their levels of organisation/disorganisation, of consensus/unity etc. I was looking for musical ways in which to explore their role as individuals within the collective – how the colony exists as one organism. I turned for inspiration to polyphonic singing from around the world and to mathematics.

Any people who have inspired your work?
Yes, so many. While I was writing the piece, I was gathering inspiration from everywhere. However, a few that stood out musically were Chris Watson, Bjork, Steve Reich, Baka Pygmies of Congo/Cameroon and Ligeti. I also worked closely with my collaborator, the Artistic Director of Movement, Roswitha Gerlitz, who’s focus on the role of the collective within contemporary opera helped shape the ideas I was having.

Loving the vibes of an “all female choir”, why did you decide not to include the male voice?
Good question! Well for the subject matter – the process of swarming, the male bees (drones) have no role. The bees who guide the colony to a new home are all female worker bees in addition to the queen bee.

Have any of the choir members helped you compose or suggest alternative sounds?
Yes! In fact, I was working closely with Auclair (who also sings in The Swarm) throughout the process. She created the soundscape, made up of electronic composition combined with field recordings of bees and the urban landscape for the piece, alongside the vocal arrangements. We were continually inspired by each other. Also, during the learning process, the bees (singers) had ideas about how we could simplify some of the parts – this was very useful.

Any challenges whilst creating The Swarm?
Yes many. Learning the vocal parts was quite a task – every singer has their own line, from which other singers take their cues. For rehearsals, if someone was missing, it was a bit of a challenge to keep the whole thing going. Additionally, the music is fairly hypnotic and mesmeric, especially for the singers so the performance takes a lot of concentration and focus to know where we are in the piece.

Having sold out shows at the Brunel Museum, what has been the audience’s reaction?
To be honest, we were so surprised by the positive reaction. I think everyone was stimulated by the subject and by the production. People really felt the connection between the performers – the bees. We were told many times that it was very moving, and I even have people telling me now that every time they think back to the performance they cry. This was the message really, so I’m pleased with that.

What are your future plans or next projects after The Swarm?
We hope to perform the piece in other cities and festivals. In terms of the next project, my obsession with bees has taken me, through pollination, to the world of plants and specifically plant intelligence. I’m researching for it now.

Check out The Quorm here

Big thanks to Heloise Tunstall-Behrens and Suzie Jacobs from Chloe Nekin!